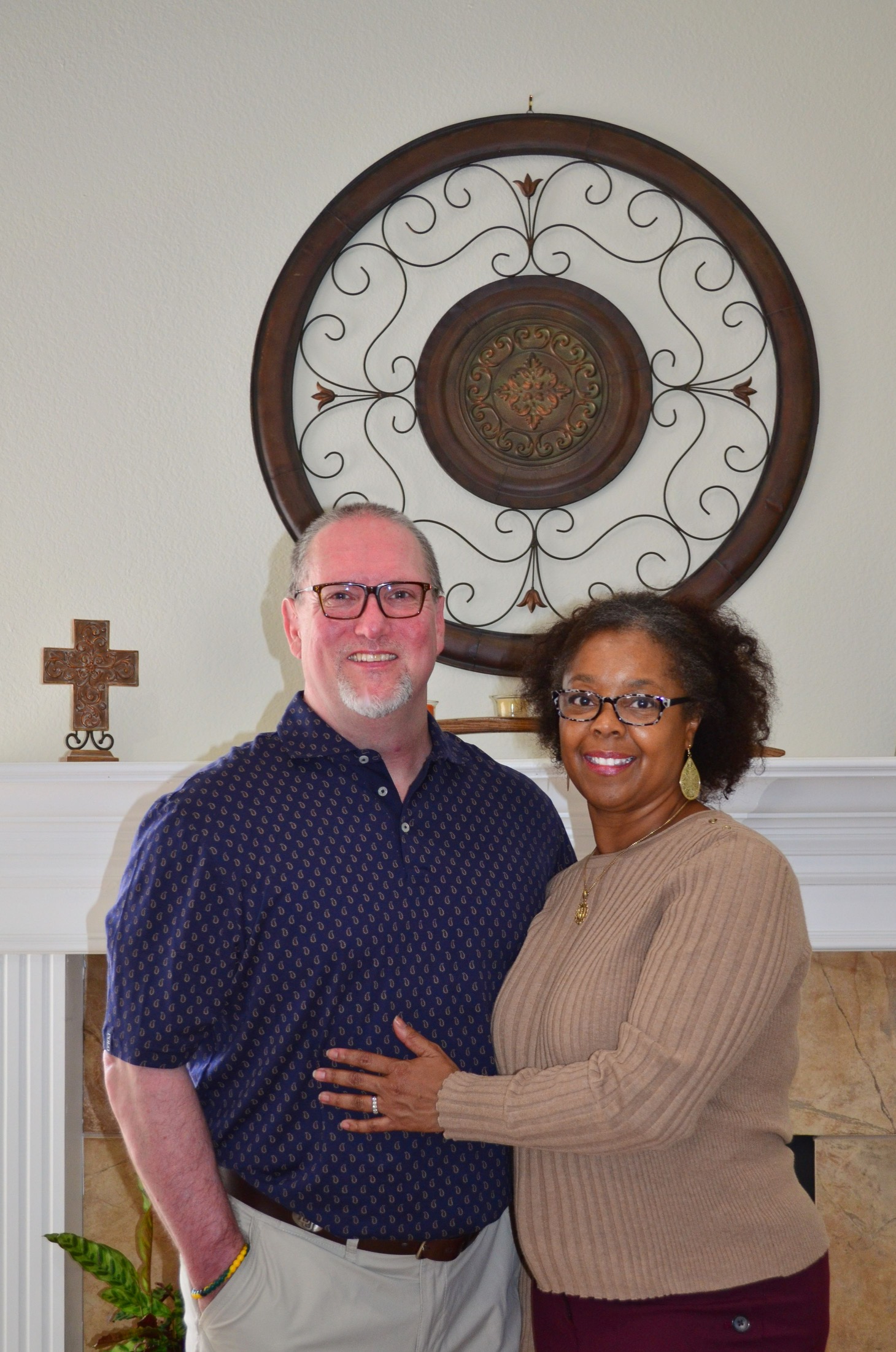 What is a sign that you’ve done that has a fun or cool story behind it?
Matt: A woman in Houston placed an order for her nephew’s 1st birthday. When I went to pick up the sign, I realized that the dad and I are long-time friends. They had just moved to Dallas because he’s a new coach for the Dallas Cowboys. I didn’t know the sign was for his son, because the woman who placed the order had a different last name. We spent an hour catching up and it was a lot of fun to see him!

Do you work your business full time or part time?
It’s part time right now but sometimes feels like full time. But it’s so fun!

What is your favorite trick of the trade that’s made your job easier?
The heavy stakes, plus we stake a nylon rope as a guide to keep our signs straight.

What was an unusual request you’ve received?
We had a request for “Sada is 11 and quarantined!” It was also in a very small yard.

What is your quickest set up?
A man sent us a text asking if we could put up the sign in the afternoon because he was trying to save his marriage. We put it up in 20 minutes.

What is one idea that helped you grow your business?
Setting up a Google Business page. I would definitely limit your scope to 10 miles, post lots of pictures, and request reviews. We’ve received 22 Five Star reviews so far.

Paula and Matt met 11 years ago on eHarmony! They have a 33-year-old son and two grandkids, aged 6 and 10, plus an 8-year-old Maltipoo. Matt worked in sports television for 30 years but left the industry in 2016 and has worked in sales and insurance since then. Paula works for Morgan Stanley. Many people don’t know that Paula loves ballroom dancing and used to perform in exhibitions, and that Matt played college football. They love their family, travel, football, and creating yard signs that make people happy! 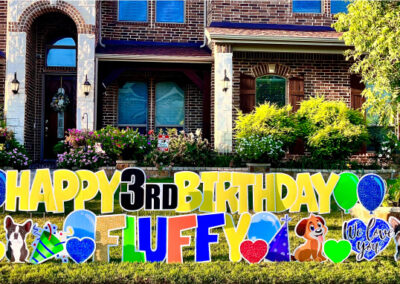 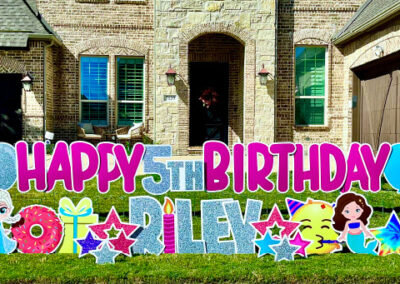 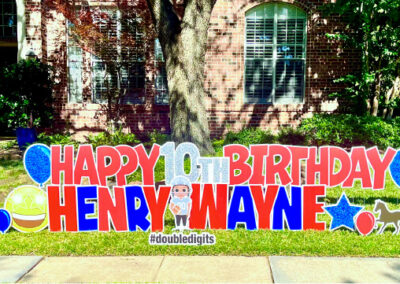 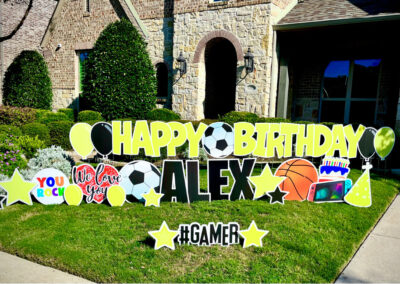 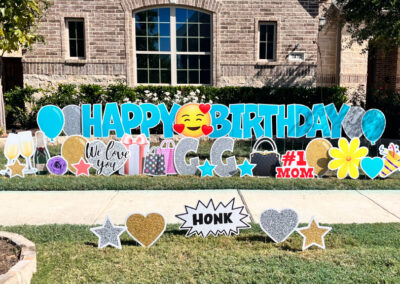 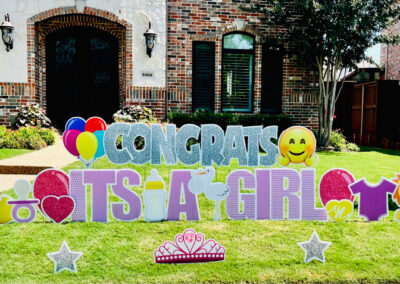 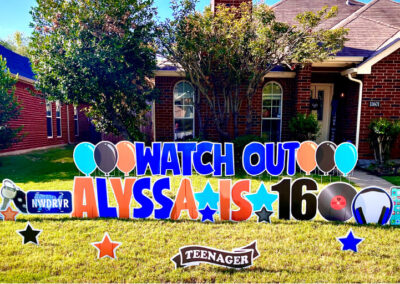